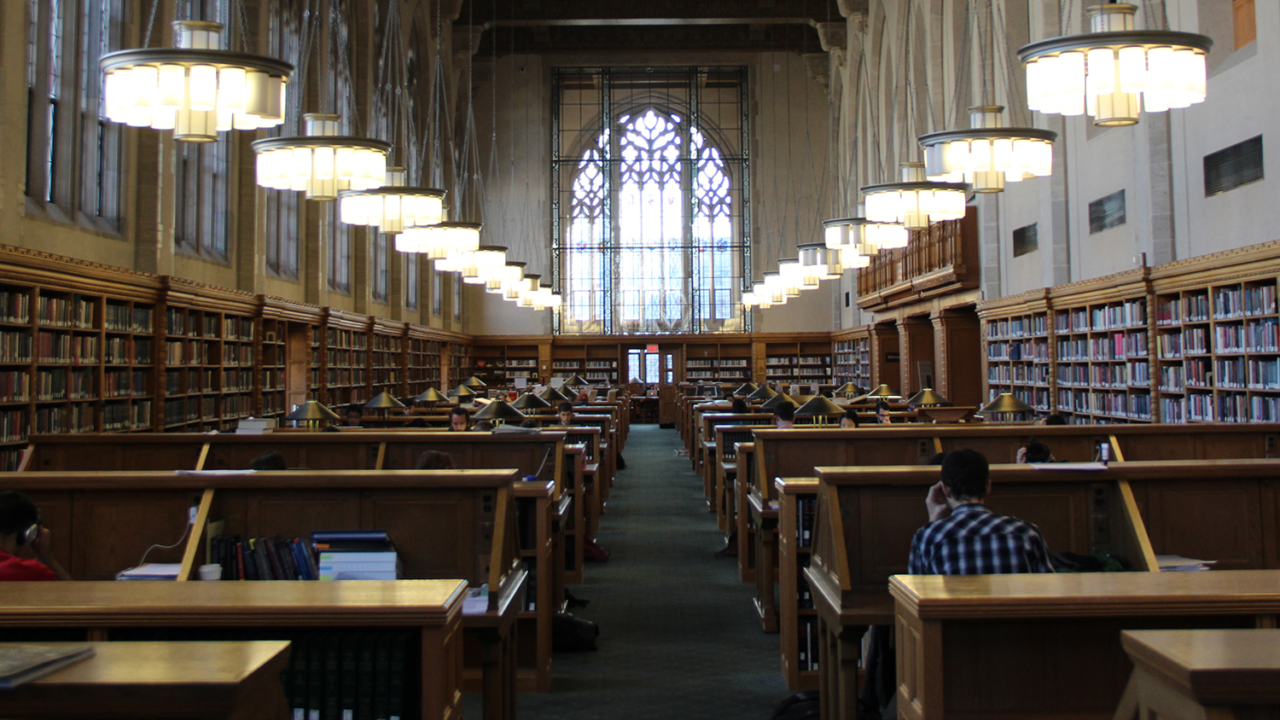 Aaron Haviland is a student at Yale Law School. He graduated from the U.S. Naval Academy and the University of Cambridge, and he served in the Marine Corps. Aaron sat down with Alliance Defending Freedom (ADF) to answer some questions about Yale Law School, free speech on campus, and Yale announcing a new policy that may exclude those who decide to work for nonprofit organizations that abide by Christian teaching from access to financial assistance available to all other students.

Why did you decide to go to Yale Law School?

Yale Law School advertises itself as a small community of professors and students who care passionately about the law. People don’t always agree, but they share a common set of core principles, including a deep respect for the rule of law. I loved this vision of Yale, and it is ultimately what persuaded me to attend.

I knew that I would be surrounded by people who believe in very different things than me, but I looked forward to the discussion and debate. The best way to learn how to defend the things I believe in is to be challenged on a daily basis. If someone makes a good argument, I might even change my mind on some issues.

Unfortunately, Yale has not lived up to my expectations.

What is the climate for free speech like on campus?

“Tense” would be an understatement. My conservative friends and I are routinely subject to cyberbullying and harassment. Whenever we send out a school-wide email announcement about a guest speaker, our peers frequently respond with condemnations and long diatribes about why the speaker is evil.

Our email inboxes are flooded with vicious messages. Our classmates scour our social media pages and resumes looking for dirt. Our names are put on lists so that our peers know who to shame. We sometimes receive angry glares as we walk through the hallways. Some of us have stopped spending any time at the law school outside of class because it is no longer a place where we feel comfortable.

How has your Christian viewpoint been welcomed (or not welcomed) on campus?

People at Yale Law School have no problem with the fact that I am a Catholic… until they find out what Catholics believe about marriage, family, and the sanctity of life. It is okay to have private beliefs and to attend church on Sundays. But if you try to live out your faith in your daily life and in a way that deviates from the progressive orthodoxy, then you are considered to be a hateful bigot and no longer a valued part of the community.

Could you explain Yale’s new stipend policy and why it is troubling?

A couple weeks ago, Yale Law School announced that it would be extending its hiring policy to summer public interest fellowships, postgraduate public interest fellowships, and the loan forgiveness program. These programs provide stipends for students working in unpaid internships; fund year-long programs for recent graduates in government and nonprofit organizations; and forgive student loans for graduates earning below a certain income threshold. For people who dream of putting their legal skills to use on behalf of a public-interest organization, these programs help to make those dreams a reality.

This policy was announced as a concession to student protestors. It all began in February, when a conservative group on campus invited a speaker from ADF to give a talk about the Masterpiece Cakeshop case. Numerous student groups protested and boycotted the event, and some of the protesters demanded that Yale Law School reconsider its funding policies for religious and conservative students who want to work at organizations like ADF. A month after the controversy, Yale announced that it would be adopting this new policy while praising the protesters for raising the issue.

Religious and conservative students feel betrayed. The law school administration caved to the will of a mob and announced that it would adopt a policy that limits our options for the future. We are also worried about whether the concessions will end with financial assistance. Some of the protesters demanded that people who agree with ADF’s convictions should be denied admission to the law school. How long will it be before Yale caves to this demand as well?

How does this policy affect you and other conservative or religious students?

Yale Law School has promised that this policy will be prospective, so my friends and I will be grandfathered in under the old policy.

We are having honest conversations with prospective students about whether Yale is indeed the best place for them. Many of us are still happy that we attended Yale. We made great friends, we studied under tremendous professors, and we had unparalleled professional opportunities. But we are worried about the direction of Yale and whether it will continue to be a home to people of all religious and political beliefs.

How have you seen your community rally in response to this policy change?

I have been amazed at the outpouring of concern and support from not only Yale alumni, but also conservatives and people of faith from across the country. Many people recognize that this is an important moment for Yale, as well as for other law schools that will follow Yale’s example. Will these schools remain welcoming to religious believers? Or will they drive people of faith away?

I have also been very heartened by my friends and professors who may not agree with my religious convictions but who have nevertheless voiced their concerns about Yale’s troubling new policy. Their support gives me hope that we can get past this controversy and rededicate ourselves to the principles of pluralism and respect for religious liberty.