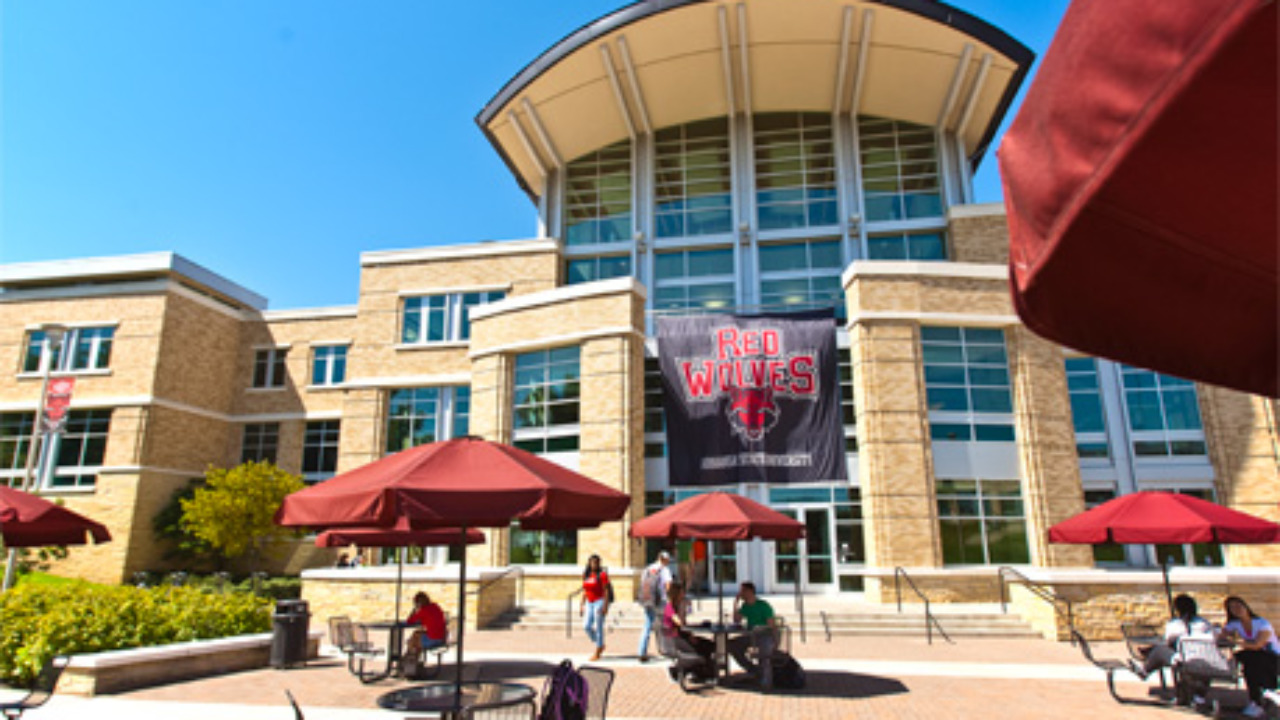 JONESBORO, Ark. – A student and student organization appealed to the U.S. Court of Appeals for the 8th Circuit Thursday after a federal district court ruling provided no consequences for Arkansas State University officials for their violation of student free speech rights under the First Amendment. Alliance Defending Freedom attorneys represent the student, Ashlyn Hoggard, and the campus chapter of Turning Point USA, of which she is a member.

The two filed suit against Arkansas State officials in 2017 for kicking Hoggard and another individual off the patio in front of the Student Union and threatening her with a violation of the student code of conduct simply for setting up a table to promote the club. The lawsuit prompted the state of Arkansas to enact campus free speech legislation known as the FORUM Act, which prohibits such restrictive speech policies. As a result, the university changed the bad policies it relied upon to censor Hoggard, but the court ultimately left no repercussions for university officials for their unconstitutional actions.

“Public university officials shouldn’t be allowed to get off scot free after they have violated someone’s freedoms protected by the First Amendment,” said ADF Legal Counsel Jonathan Larcomb. “We are pleased that our lawsuit prompted the state to enact good legislation protecting free speech on campus, and that this legislation resulted in policy changes at Arkansas State. But the university shouldn’t be permitted to skirt consequences for its actions.”

ADF attorneys explain that the appeal in Turning Point USA at Arkansas State University v. Rhodes will ask the 8th Circuit to rule that university officials are not entitled to “qualified immunity” from the lawsuit. Immunity should not apply because the officials violated Hoggard’s and Turning Point USA’s First Amendment rights when the officials engaged in censorship in connection with bad policies. The appeal will also seek nominal damages and reimbursement for legal fees and costs.

Arkansas State’s previous policies unconstitutionally gave university officials free reign to restrict the content and viewpoint of student speech, restricted most expressive activities to small zones on campus that totaled about one percent of the campus, and required advance permission for students to use the speech zones.

“Public universities can’t function properly as the ‘marketplace of ideas’ when university officials muzzle student free speech and then walk away without any consequences,” said ADF Senior Counsel Tyson Langhofer, director of the ADF Center for Academic Freedom. “Although the district court was right to refuse the university’s request to dismiss our lawsuit, and the university ultimately was forced to modify its policies, leaving Ashlyn and Turning Point USA without any vindication for the violation of their constitutionally protected freedoms is unjust. That’s what we’re asking the 8th Circuit to correct.”