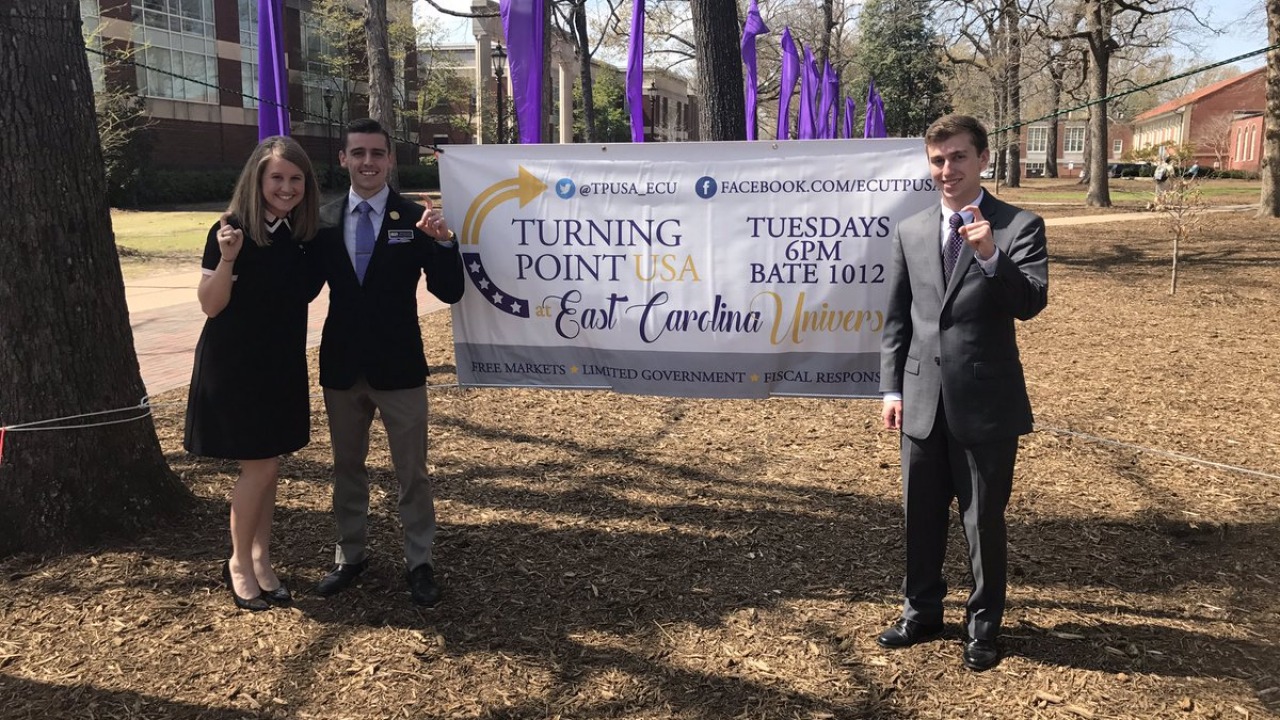 This is good news for all in favor of the First Amendment. And it should be an encouragement for college students across the country.

But, in large part, the credit for getting these policies changed at ECU goes to one student who was not afraid to take a stand for his rights. Last fall, ECU student Giovanni Triana reached out to ADF about his campus’ speech zone. A speech zone that Giovanni knew was in conflict with his First Amendment rights because it restricted free speech to one very small area on campus.

In response, ADF contacted ECU to discuss the constitutional problems with the policy. To its credit, ECU took the concerns seriously and worked with us over many months of policy revisions to arrive at the new policies.

These policies address the primary problem with the restrictive speech policies at ECU by eliminating the one small speech zone and opening up the outdoor areas of campus for speech without prior permission– indeed, as a result of these changes, our friends at the Foundation for Individual Rights in Education (FIRE) have now awarded the school a “green light.”

It is also a reminder that a lawsuit is not always necessary for a victory. At ADF, we have a lot of quieter success that may go unnoticed, but we have also secured hundreds of free speech victories for students without filing a complaint.

“All students should be able to exercise their constitutionally protected freedom to peacefully share their viewpoints with other students,” said ADF Senior Counsel Tyson Langhofer. “The policy revisions East Carolina officials implemented in response to our request allow this to take place, and we commend them for respecting the First Amendment freedoms of their students rather than engage in prolonged litigation.”

This is a great example of how one student, working with ADF, can help to change his school for the better, and we applaud ECU for being an example to other public colleges and universities – and for joining the ranks of other North Carolina universities that are doing the same. As FIRE announced in a press release this week, “ECU is North Carolina’s fourth university in two months to earn FIRE’s highest rating for free speech. North Carolina now has six institutions with this rating—more than any other state.”

Obviously, policies are only as good as a school’s practice, and we will continue to watch as ECU implements these policies that should permit students, in most instances, to speak freely in the generally accessible outdoor areas on campus without advance permission from the school.

But it’s good to know that there are courageous students out there taking a stand for their rights and positively affecting their campuses as a result.