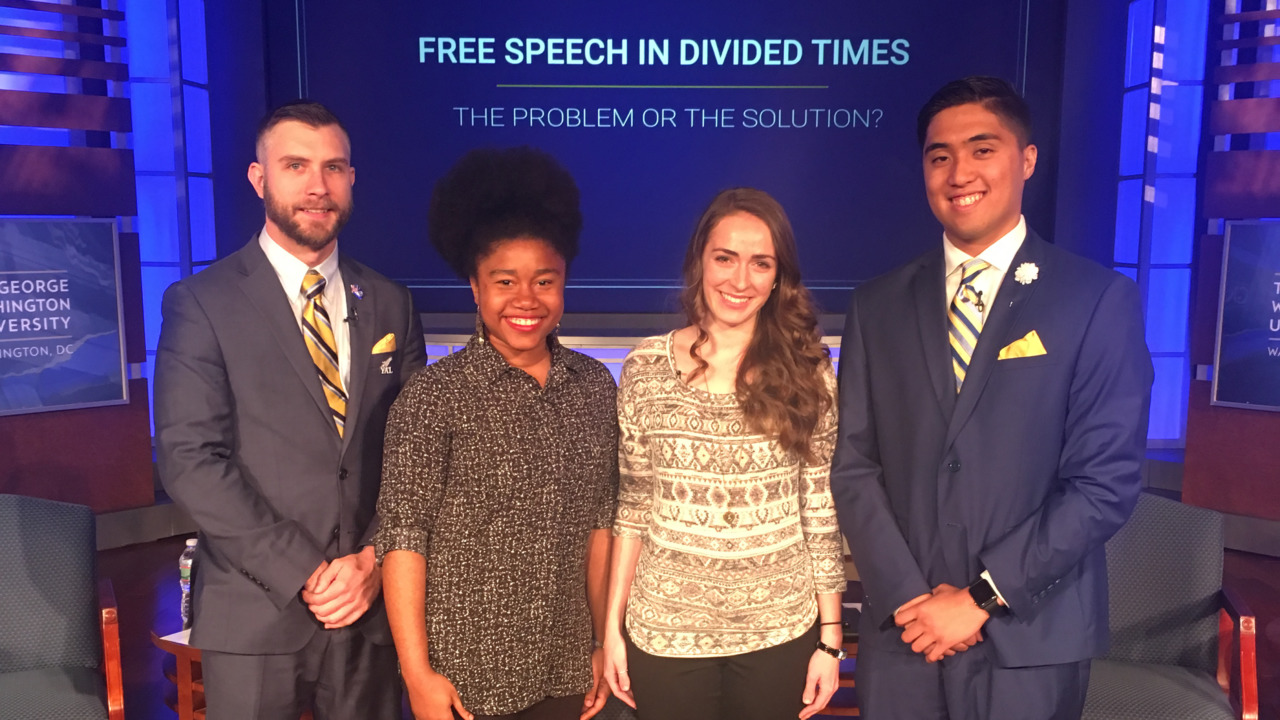 We’ve all seen the stories: speakers on college campuses being shut down by mobs or being disinvited by college officials. The stories that often don’t make the news, however, involve the students who are making a difference by standing up for their constitutional rights on campus.

The Alliance Defending Freedom Center for Academic Freedom has the opportunity to represent many of these students, including:

Mark is a student at CSULA and president of the Young Americans for Freedom chapter on campus. After he invited Ben Shapiro to speak on campus, several university professors helped lead a mob to block students from hearing Shapiro speak. With the help of ADF, Mark and YAF successfully challenged CSULA policies, which allowed school officials to shut down speech they don’t like through burdensome security fees and heckler’s vetoes. Since then, Mark and his group have hosted four speakers without interference.

Norvilia is a student at Queens College, where she wanted to start a Students for Life chapter. She did everything that was required of her, but the request was denied without explanation under a policy allowing student government to prevent recognition of groups because they don’t like their views. Norvilia and her group enlisted ADF to help challenge the school policies. Queens College has now granted Norvilia’s group official recognition. The case continues as we work to ensure that Queens College enact nondiscriminatory policies for recognition and student group funding.

Jeff is a veteran and student at Bunker Hill Community College. He and a group of students affiliated with Young Americans for Liberty were passing out copies of the Constitution when campus police approached them and told them they did not have permission to do so. ADF joined with FIRE to send a letter to Bunker Hill on Jeff’s behalf, demanding that they recognize his group and ensure their right to engage in First Amendment activities, such as handing out copies of the Constitution, without permission.

Bernadette is a student at Fresno State and the president of the Students for Life chapter on campus. When she and some other students were writing pro-life messages in chalk, which they had permission for from the school, a professor took it upon himself to censor their speech and recruited students to erase the messages. ADF has sued this professor for censoring free speech.

We heard from these students at a free speech event that we hosted on Friday. Here’s what they had to say: