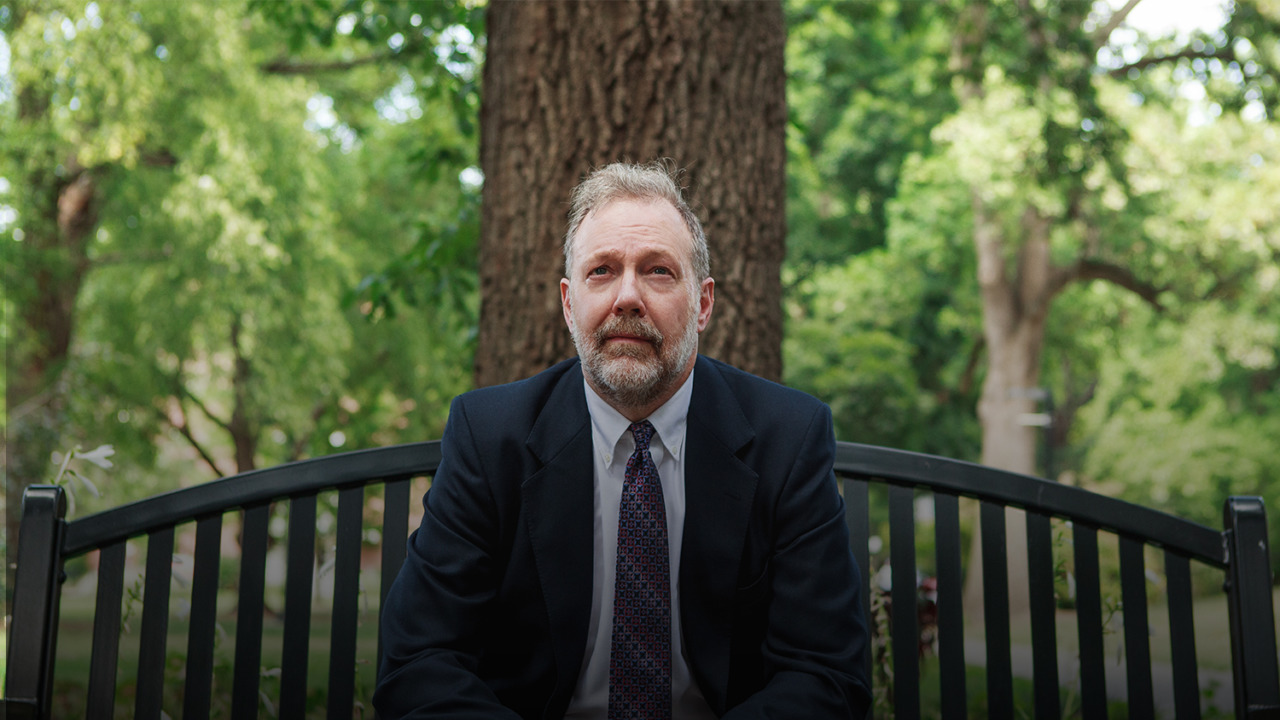 Dr. Nicholas Meriwether enjoys a spirited debate. As a philosophy professor at Shawnee State University, there is plenty of that to go around in his classroom. And he is not afraid to voice his disagreement or bring up an entirely different viewpoint.

That’s part of what makes him a great professor. In his class, students are exposed to new ideas and opposing viewpoints. They have the opportunity to grapple with what they believe and why they believe it.

Most people think that’s what universities—the “marketplace of ideas”—are supposed to be!

But not according to Shawnee State officials. Now, Dr. Meriwether finds himself involved in a very different kind of debate—on the opposite side of the courtroom from his university, after it tried to shut down the free exchange of ideas by forcing him to endorse an ideology that he does not believe.

Let’s take a deeper look at his case and the freedoms at stake.

Dr. Meriwether has served as a philosophy professor at Shawnee State University for over 20 years with an unblemished record. He is serious about creating an atmosphere of mutual respect in his classroom. Dr. Meriwether is also serious about his beliefs. As a Christian, he strives to live and work consistently with his faith. In fact, his core beliefs are why he’s devoted his career to education.

Many of Dr. Meriwether’s students appreciate how he challenged them in the classroom and brought ideas to the table that were different than their own. As one student wrote:

You and I saw eye-to-eye on very little and that made those arguments all the more valuable to me. If you had only made a half-hearted attempt at a counterpoint or (far worse) neglected to even mention an opposing position in order to spare my feelings, you would have been fundamentally undermining my education. I thank you for showing me enough respect to bring your “A-Game” to every in-class debate.

Unfortunately, not every student felt the same way about encountering differing viewpoints in Dr. Meriwether’s class.

What: Meriwether v. The Trustees of Shawnee State University

One day, a male student approached Dr. Meriwether after class, informed him that he identified as transgender, and demanded that Dr. Meriwether refer to him as a woman, with feminine titles and pronouns. When Dr. Meriwether did not immediately agree, the student became aggressive, physically circling him, getting in his face, using expletives, and even threatening to get Dr. Meriwether fired.

The student then filed a complaint with the university, which launched a formal investigation.

As a philosopher and as a Christian, Dr. Meriwether believes that God has created human beings as either male or female, and that a person’s sex cannot change. To call a man a woman or vice versa, endorses an ideology that conflicts with his beliefs. So Dr. Meriwether offered a compromise: He would refer to this student by a first or last name only. That way, he would not call the student something the student did not like, but he would also not say anything that contradicts what he believes is real and true.

This compromise was not enough for university officials; they formally charged Dr. Meriwether—claiming he “created a hostile environment” and discriminated against the student. Later, they placed a written warning in his personnel file that threatened “further corrective actions” if he does not refer to students using pronouns that reflect their self-asserted gender identity.

ADF filed a lawsuit on Dr. Meriwether’s behalf in November 2018. In February 2020, a federal judge dismissed the case, but we appealed that decision in March.

Shawnee State University is a public university in Portsmouth, Ohio.

Why: Public universities should not force teachers to abandon their beliefs.

The message from the university is loud and clear: You must endorse the university’s favored ideology or be punished. There is no room for dissent.

But universities are meant to be a marketplace of ideas, not an assembly line for one type of thought. With its actions, Shawnee State ignored this fundamental truth as well as the Constitution.

No one should be forced to speak a message with which they disagree. No one should be bullied or banished from the marketplace of ideas for peacefully living out their beliefs. And no professor’s career at a public university should be threatened because intolerant university administrators dislike his view. Yet, that is exactly what has happened to Dr. Meriwether.