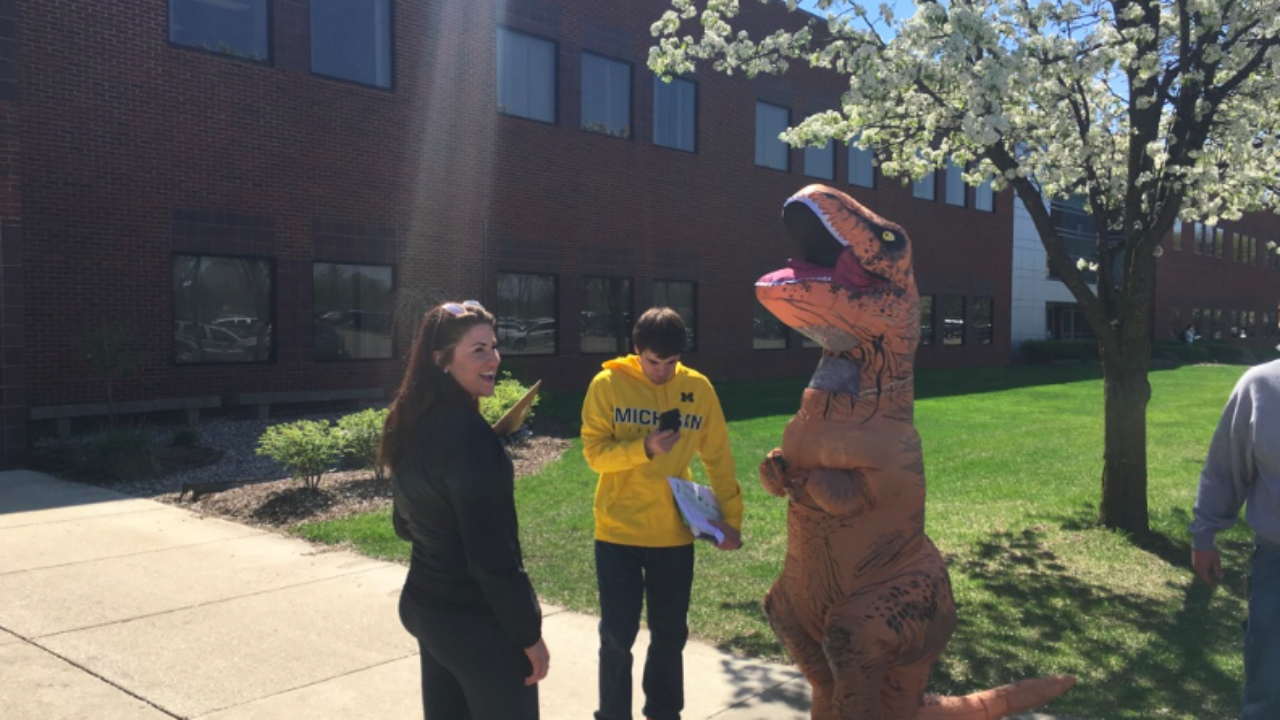 TPUSA Students represented by the ADF Center for Academic Freedom won a victory for over 48,000 students today. In April, Macomb Community College (MCC) police approached three members of the Turning Point USA chapter at the college who were on a large open area of the Clinton Township campus to raise awareness about the value fossil fuels provide to society. Police told the students, one of whom was wearing a T-Rex costume, that they could not talk to other students, offer educational literature, or collect signatures in support of the issue because they had not obtained pre-approval from an administrator on a different campus, and that they could be deemed to be trespassing if they did not cease their activities.